“Thank you! You put on such an awesome event. This was my first ultra and best race experience EVER. I was almost a DNS, but your emails and commitment to a 100% finish got me to the start (and finish) line!”

Masters:  Handmade Oak Plaques will be awarded to the 1st, 2nd and 3rd place male and female Masters (40 and older)

Age Groups: 1st, 2nd, & 3rd, male and female merchandise prizes will be awarded for the following age categories: Overall and master winners will be excluded from age group awards.

Awards Ceremony: You MUST be at the ceremony to receive your award! Awards will not be mailed or given out early. NO EXCEPTIONS. PLAN ACCORDINGLY. Please support your fellow runners and our sponsors by attending the awards ceremony. It is a fun time for sure!

Plan to stick around for the post-race party. Mingle with the runners and your friends, dance, hula hoop, soak in the mountain stream, get a massage, listen to the music.  This is a party not to miss!!!

360 Club: 50km racers finishing under 360 minutes (6 hours) will be inducted into this distinguished club and awarded the much-coveted 360 Club hat! Click here to see 360 Club inductees!   Hats will be given out at the finish line.

SISU Award: 50km racers who have never run any other ultra-marathon races before and finish in 11.5 hours or less will be inducted into the  SISU Club.  Click here to learn more about the SISU Award.  Sisu’s will be acknowledged at the awards ceremony.  Sisu hats will be awarded to the Sisu finishers at the finish line.

Lowlander: 50km racers who live and spend more than 80% of their time below 2,000 feet will be entered into the Lowlander category.  Lowlander hats will be awarded hat at the finish line.

Bloodiest Finisher:  Keep your eyes ahead and pick up your feet.  Stay alert!  We want you all to finish injury free!  In the event you take a digger bring your bloody self and your dramatic story to the awards ceremony to share.  The one with most blood . . . or the best story will win a red Orange Mud Transition Towel with the Dirty 30 Logo on it.   The crowd picks the winner.

Peppy Plugger: Sometimes it pays to be last.  At the Dirty 30, we want to award the person who actually gets the most for their money by spending the most time on the course.  We feel you deserve acknowledgment and a special award for getting out there to run this tough race, despite not being a “fast racer”. 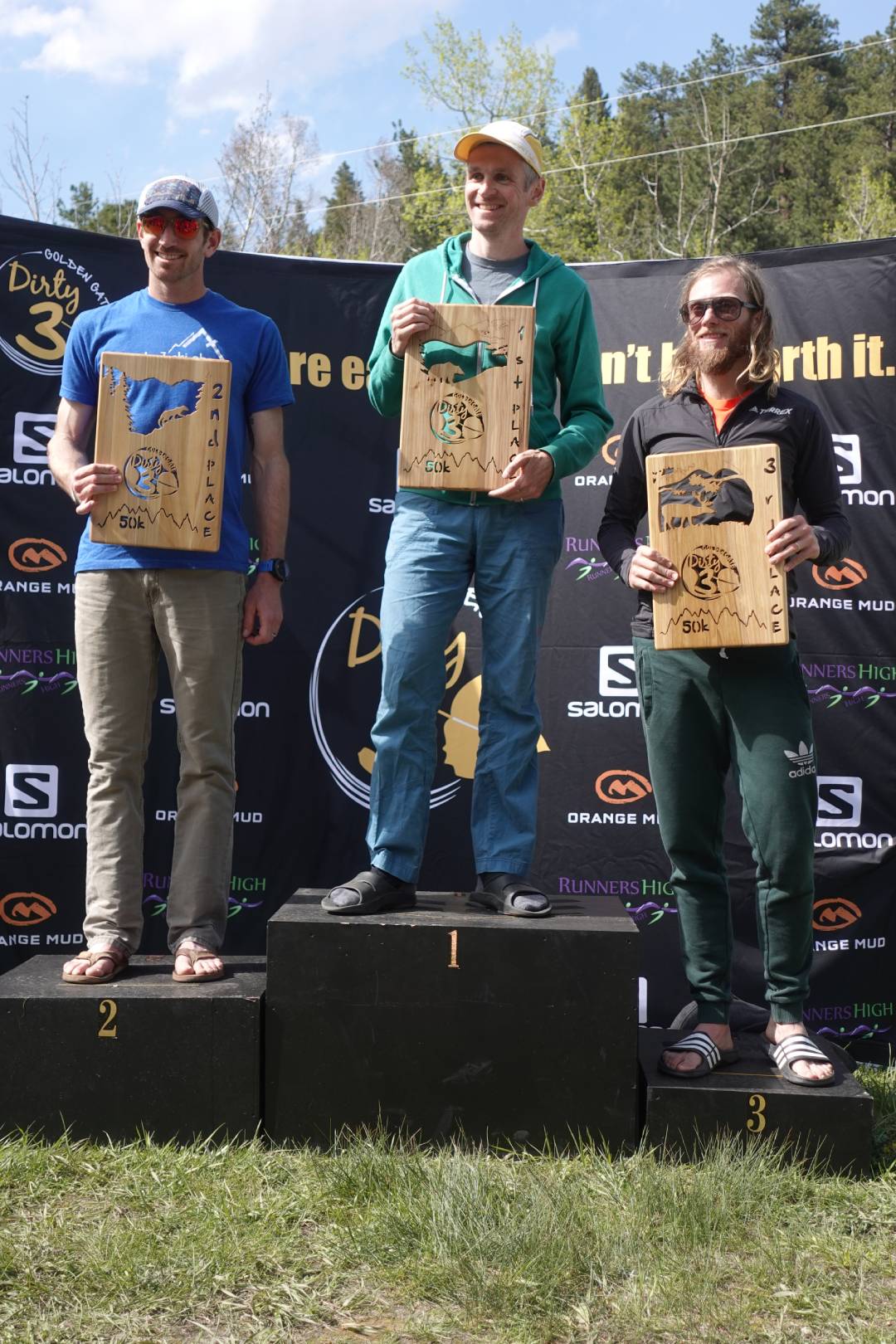 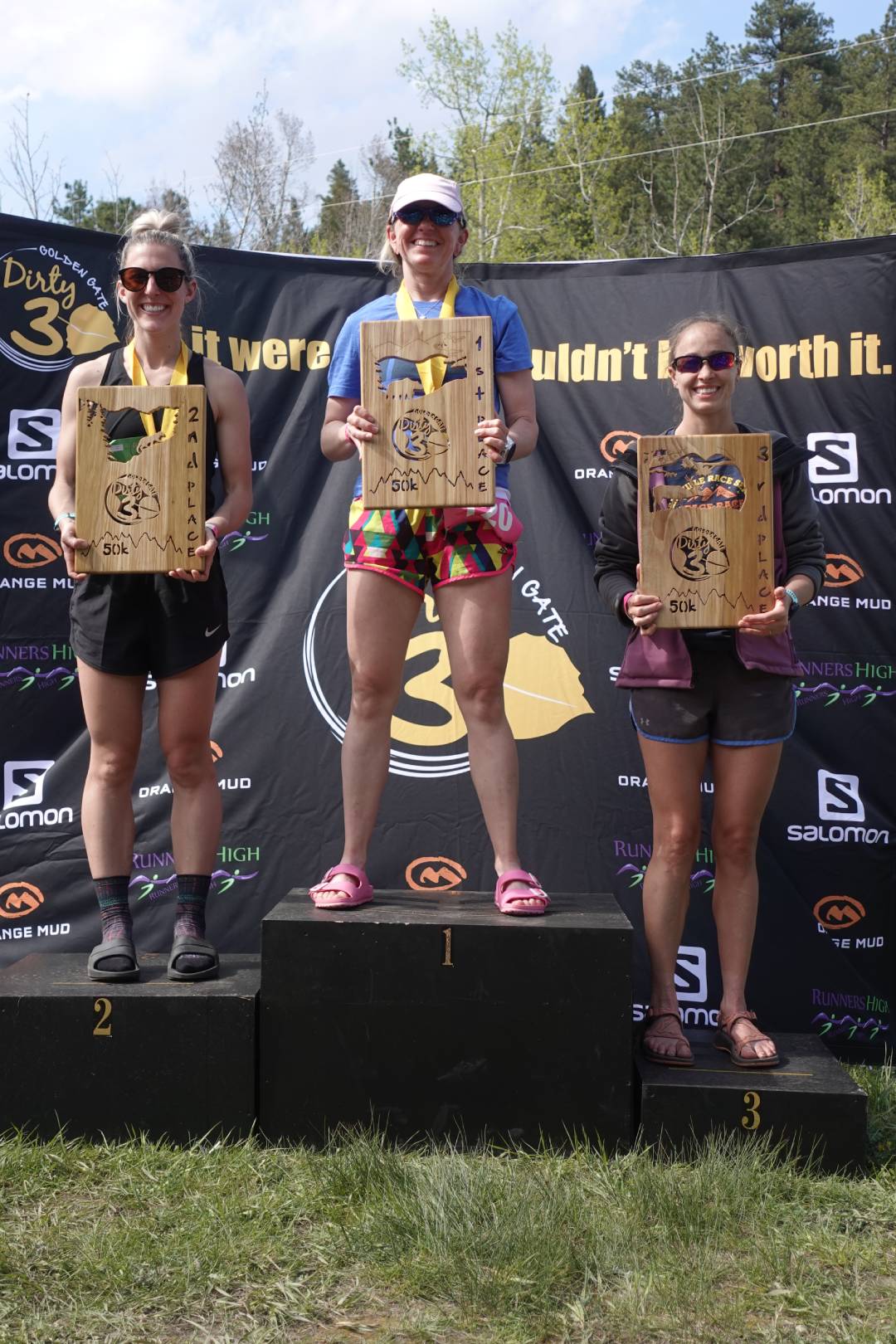 Combined times of Golden Gate Dirty 30 and Silverton Ultra Dirty in same year.
Course changed in 2019 by adding the Putnam-Bear Creek segment,increasing the verticle by approx. 3,000'.

Thanks to all of our incredible sponsors 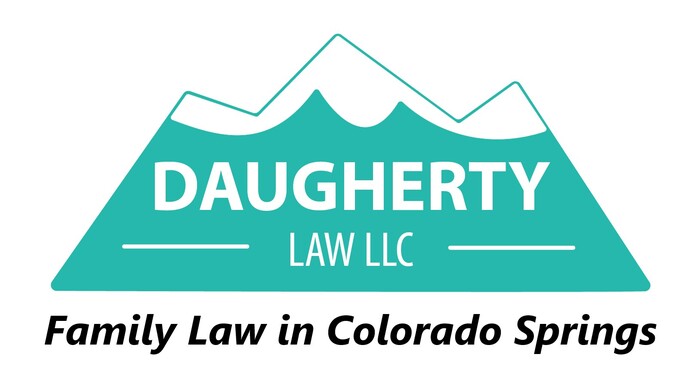 View All Sponsors Become a Partner